Age of Empires III is by far still an enjoyable and popular game by most PC gamers. But what if I could tell you that you can enhance the game even more by installing a third-party mod giving you more features, stunning graphics and plenty of new civilisations to get your hands on? Age of Empires Wars of Liberty adds 40+ civilisations, 60+ world maps, gameplay changes and incredible music. Wars of Liberty is miles ahead of its competition.

“A model for Age of Empires 4”

Wars of Liberty expanded Age of Empires III’s original concept of cultures by adding five new ones. We’re also in the process of adding even more cultures: the Middle Easterners and the Polynesians. A culture is a set of civilizations that shares a number of characteristics that can range from units and building sets to gameplay mechanics such as styles of ageing up. They generally represent a specific geographical region. Choose a culture below to read more about it and the civilizations it includes:

We noticed how Ensemble Studios introduced its new civilizations in the expansions: as cultures. The Asians, for example, share a lot of similarities but are very different from the Europeans. Following that logic, Wars of Liberty introduces five new cultures, and adds civilizations to the original ones.

Try these Wars of Liberty civilizations if you like…

A whole new world to explore. Wars of Liberty adds maps from all over the world. In fact, we plan to add the entire world!

The German forest is dense and hard to cross. There will always be one Village for each player. Map is surrounded by a trade route. Hunt is plentyful.

Trade Routes on this map start as locomotives. Players start dangerously close. Villages can be found on the Hebrides and the Isle of Man.

Mines are cluttered inside the cave labyrinth. Fight for the forests that appear where the sun breaks through.

Bandeirante, Jesuit, and Guarani settlements may appear on this map. Use the low cliffs to avoid enemy melee units.

Will you start above or below the garden? Defeat the guardians that protect the Bell Tower and gain LOS for the entire map.

One trade route divides the teams. Players must cross the desert to fight each other. There will always be an African Commodity close to each player.

Southern Africa’s mysterious medieval ruins have been reimagined in this map. The enclosure provides a big economic bonus to whoever can capture it.

The lush forests of the Big Island provide abundant natural resources. An alliance with the native Hawaiians could be very powerful, indeed. But be careful – the floor is lava!

Players start with a church. Expect the Tagus River to make attacking your enemy difficult. Features a water trade route.

The waters are rich in this map. Don’t get too close to the volcanoes, or you’ll get burned.

How did you get here? I don’t know. But I want it! Projectiles move quite slow here.

Players start in a circular position. You can find plenty of fish both in the ocean and inside the atoll. Lots of natives.

Trees are scarce in this map, divided by a trade route. You may either start in the desert or the savannah.

Players start in a circle, and the map is divided by a trade route. There will always be two Villages. Lakes everywhere make expansion difficult, but make walling easier. Three different seasons: Summer, Winter and deep Winter determine the amount of wildlife you will find.

This beautiful map is rich in resources. Players start with grapevines, but trees are generally only found at the corners. The map is crossed by many trade routes, each lined with scenic cypress trees. Villages can appear anywhere.

Players start in a semi-circular position. There’s always a native on the island.

…and much more! Wars of Liberty features over 60 new random maps. They will be added to this page over time.

“houses the entire history of America and Africa.” — TecMundo

Wars of Liberty remade the church entirely. Now it’s available for all civilizations in the game and lets you select a religion, enabling a new resource: faith. With faith, you can train priests, which are now much more strategic, and research new religious technologies with amazing and game-twisting effects. Currently, there are 16 different religions, and each civilization has access to 2, plus Laicism (No Religion).

Spies are stronger than ever! Now all civilizations have access to a new building, the Safehouse, which lets you train spies. This stealthy unit is capable of planting landmines, stealthy kills and detonate bombs on enemy buildings. Watch out: Town Centers cannot reveal spies anymore, so you’ll have to counter them with your explorer or with your own spies.

The Great War is still a Work in Progress, but the team is working hard to include it in a future Patch!

Who said Imperial Age was the limit? In Wars of Liberty, you’ll reach the sixth age, Great War! At this highly expensive age, you’ll have access to the ultimate technologies and three new types of units: airplanes, tanks and dreadnoughts! 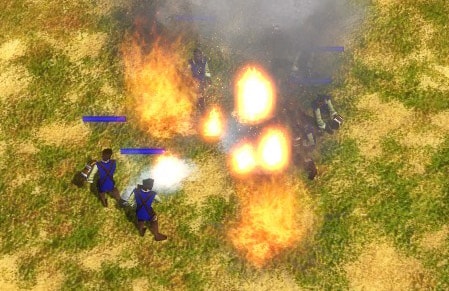 You will notice some cultures have nasty tricks to deal with invading empires. One of them is fire, which can be started in several different ways. If you see a fire, send villagers to put it out before it spreads – or it may quickly consume your colony!

Everything is better in high-definition

We all know Age of Empires III is a 10-year-old game. And that poor 1024×768 resolution won’t last much longer. In Wars of Liberty, all user interface images are four times the original resolution, so when stretched, everything will still look sharp – even in large monitors.

Artificial Intelligence too predictable? In Wars of Liberty, the AI starts with a random personality trait that grants them a unique bonus in that game. They’ll give hints of their current personality during the game. The traits are random, but you’ll see some Leaders get some traits more often than others. There are 30 different personality traits. 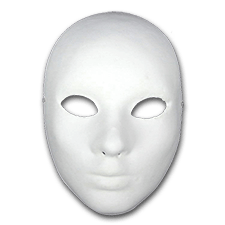 Starts with a covered wagon
“It is not the well-fed long-haired main I fear, but the pale and hungry looking.” 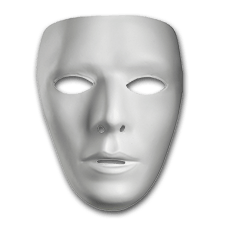 Militia spawns continuously
“You have all these rules and you think they’ll save you.”

No bonus at all
“Apparently there is nothing that cannot happen today.”

Bored of the usual gameplay? Some Wars of Liberty random maps have special game twists for you. Avoid the dangerous area in the Bermuda Triangle or the headless knight in Deathly Hollows. Hold your breath on the Moon, keep an eye on the fog-of-war reset in the Congo.

All villagers can quickly put down a fire and don’t get very injured; fire is devastating against buildings and will hurt military units as well. But keep in mind that fire burns both ways.

Songs for every situation 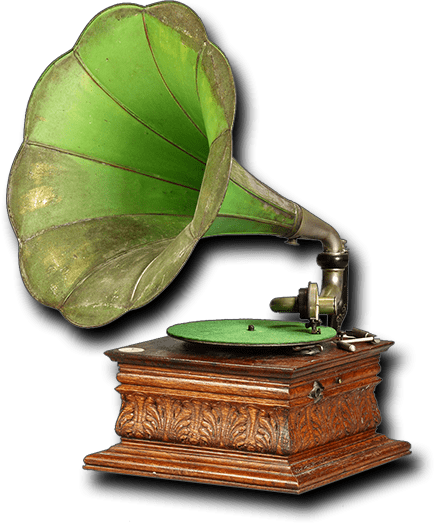 We always want to pay special attention to sound in our mod. If you listen carefully, you’ll hear the buzz from Beehives and water-dropping inside The Cave. Habsburgs play a Wedding March when they age up. Sounds are very important to create the appropriate environment for a good Age of Empires match.

We love music – however, none of us is capable of composing new songs. So, we searched all over the internet for the best songs possible for our mod, and what a selection we got!

Not only do all game modes receive new songs, but you will also notice that at the beginning of every match, but there’s also a specific song for the civilization you’re playing, which adds a nice touch of individuality to each nation.

You can hear our soundtrack by opening the following folder in your Wars of Liberty installation: Sound\Wotta\Music.

To make sure you get the best experience on Windows. Artificial Geek shows you how to optimize Windows 7 for better performance.

Lee here, Founder of Artificial Geek (A personal blog where a computer geek shares his wisdom with the digital world). I’m also a space geek, amateur astronomer, aspiring actor, and blogger by night.